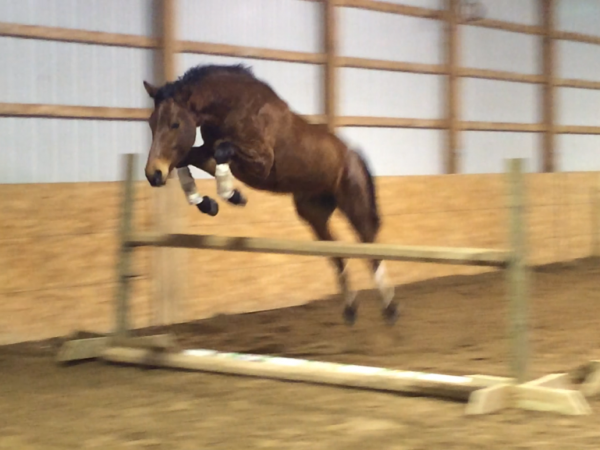 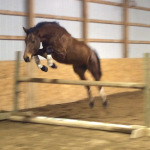 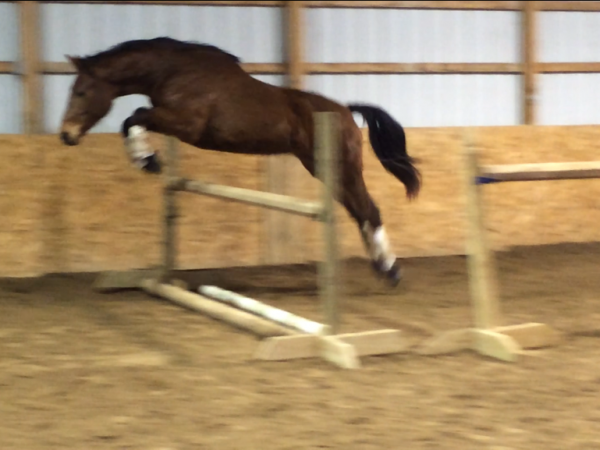 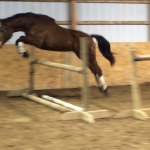 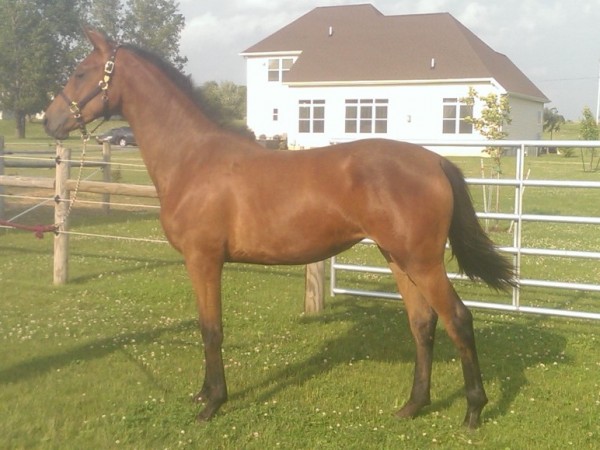 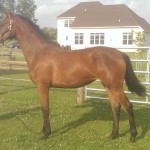 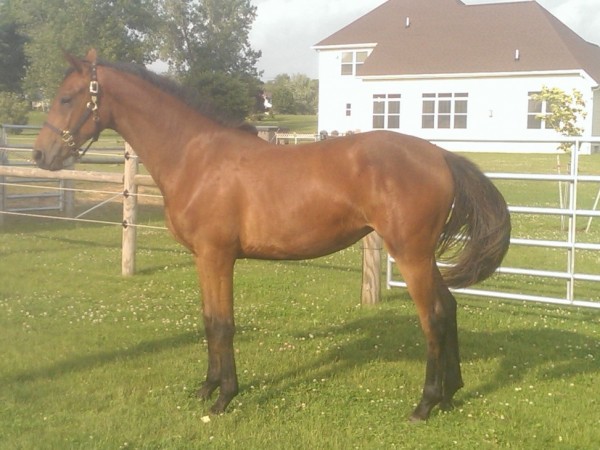 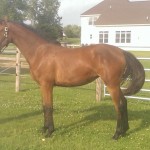 Imari is a 2013 bright bay KWPN-NA registered Dutch Warmblood filly, bred to excel in whichever direction you choose! She currently stands 15.3 hands and is expected to mature between 16.1-16.2 hands.

Imari's bloodlines include the best of international sport horses. Imari's sire, Lagoheidor (Landadel, Landgraf I, Ladykiller xx) won both his Oldenburg Licensing and SPT and is successful in both FEI show jumping and dressage. Lagoheidor was supreme champion stallion of the 1994 Oldenburg approvals and dominated at the SPT in Medingen, Germany, with a high score of 140.75. He achieved two perfect scores of ten for stadium jumping and jumping ability, as well as receiving a nine for canter and willingness to perform. Lagoheidor won his stallion class at the 2001 Dressage at Devon, before relocating back to Germany. He successfully competed in FEI dressage for six years, then returned to New Jersey to continue his breeding career and to compete Grand Prix dressage. Lagoheidor's progeny are achieving high placings at FEI jumping and dressage competitions, including a son, Lonevan, trained by Ingrid Klimke to Grand Prix dressage, as well as a daughter, Penny Lane, who is on the jumping World Ranking List.

Imari's damsire is Olympic Ferro, and great grandsire on dam's side is Olympic Idocus. Olympic Ferro, the Dutch sensation at Aachen, competed at the 2000 Olympics and assisted his team in achieving a team silver medal, with an individual score of 74.92%. He can be relied upon to produce beautiful, typey, talented offspring of the highest quality. Fantastic toplines and an elegant look characterize his get. In addition to their dressage excellence, Olympic Ferro's offspring also make good jumpers. Olympic Ferro is #1 on the BN World Stallion Rankings for dressage and is the top stallion and pride of the Netherlands, affectionately known as the "Black Pearl." In 2002 Olympic Ferro once again had the highest scores on the Dutch Olympic team.

Idocus was the KWPN-NA 2007 Horse of the Year and has had an extensive and successful International Dressage career, representing Holland in the 2004 Olympic Games and representing the USA at the World in Cup Las Vegas and the World Equestrian Games in Aachen. He is also the only horse to win the Dressage at Devon Breed Show as a youngster and go on to win the Devon Grand Prix as an adult.

Imari is an inquisitive, fun and friendly filly with an affectionate and eager to please disposition. She is appropriate for professionals looking for their next top mount, as well as a serious amateur looking to get recognition in the show ring. She has near perfect conformation; built uphill with a strong topline, nice, straight legs, and strong hind-end with good length to her croup. She has been shown in-hand at multiple breed shows, and handles travel with ease. She trailers, clips, stands for the farrier, etc. like she has been doing it for years. Ready to be lightly backed this fall, get this filly before she is started and her price increases! If desired, we are able to put 30 days of breaking/training on her before she goes to her new home, for no additional cost. Priced at $9,500.00 for an uncomplicated sale.