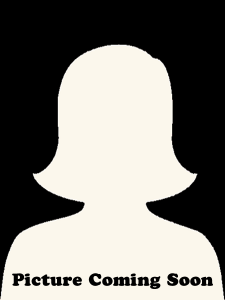 Debbie Kondoff has been working with and training dressage horses for the past 40 years. Originally, a hunt seat equitation rider in Michigan, she got interested in the beauty of dressage by watching her coach, Mike Sutton train Beppo to levels of International competition. While at MSU Vet School, Debbie eeked out time to pursue her dressage training under the tutelage of several prominent dressage instructors gaining experience riding different breeds such as Lipizzaners, Arabians, Morgans, Standardbreds, Thoroughbreds, as well as the occasional warmblood. Although all horses benefitted through dressage training, it was apparent some just had a better aptitude for the work.

Upon graduation from veterinary school, Debbie relocated to a busy veterinary clinic in Western New York where she met her friend and dressage mentor, Major Anthony Rethy. “Major” knew more about riding and training horses than anyone prior to that time. Debbie bought the first in a series of thoroughbreds that she trained in the lower levels of dressage. Although, thoroughbreds are fine dressage mounts, Debbie, decided the way to get an exceptional horse with all the characteristics she wanted was to breed it herself. Debbie acquired “Bid For Linda”, a Spectacular Bid mare, and started a breeding program that produced foundation mare, Mikhaila (Mikhaila is 1/2 sister to USDF Grand Prix National Champion, Rochet). Her small, but successful breeding program has produced some fantastic horses through the years. Last year, Debbie produced the fifth generation in her program, a colt named Javelin. Currently, Debbie is showing, Wind Dance, in Third Level Dressage.

Debbie is also a 2004 graduate of the USDF “L” Program for judge training and is a board member in the Western New York Dressage Association. Debbie still splits her time between a busy veterinary practice, her farm in Pembroke, New York, and husband, Stan and their 3 children; Kim, Steve, and Jackie (and 8ish cats and 2 dogs!)